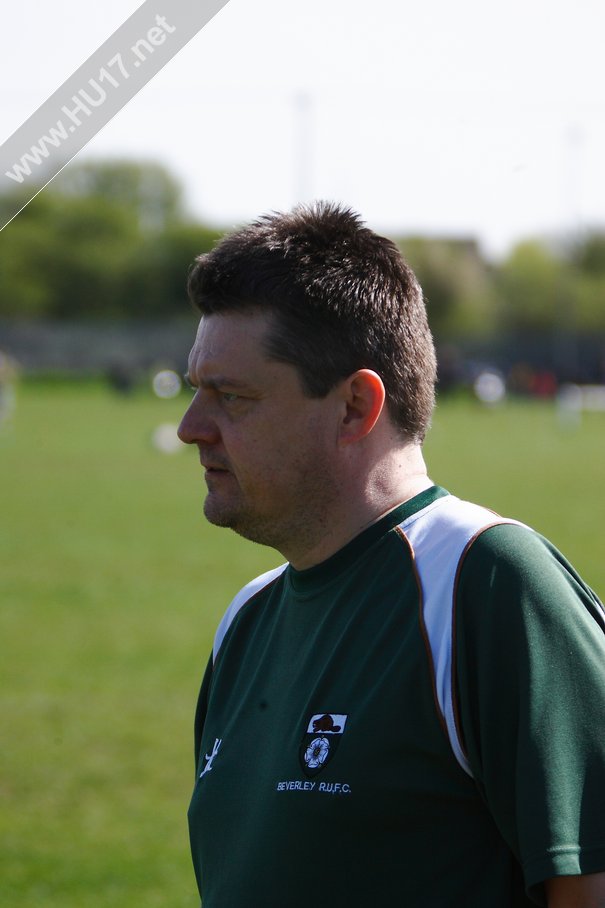 Beverley RUFC under 13’s / development side travelled to North Yorkshire to face Malton.

Always a strong opposition and this was to prove no different . The blast of the whistle also saw the start of a downfall of rain which was unrelentless.

The first ten minutes saw the ball played mainly in Maltons half , Beverley managed some brave runs with the ball from Jacob Holmes and Rory Johnson. Malton had two players who towered head and shoulders over our pack and required maximum force to contain.

Front row men Paul Christmas, Jack Bolton and Matt Levine earned their stripes powering the scrums with Niall Carruthers as scrum half burrowing in to rip the ball out. Malton took advantage of a few Beverley mistakes and scored 3 tries in the first half two of which were converted.

The second half saw the best play as Beverley awoke and realised they were in a game, Robert Cunningham leading with some crunching tackles.

The ball fed through from Tom Meagher saw Ryan Braithwaite score in the far corner but not converted. Lifted by this Beverleys James Dobbie and George Butterworth kept up the tackles and the pace was lifted. Stephen Price at number 10 held the ball and made some runs through the middle .

The determination displayed was rewarded when Joe Gillyon sored his first try but for his troubles lost a tooth, no conversion. Beverley were on a roll and the speed of Paul Rodley brought Beverley another try which was converted by Carruthers and also gave Rodley the man of the match.

Moving towards the end of the match saw two opportunistic tries taken by Malton one of which was converted .