AFC Tickton hosted Hessle Rangers and got the shock of their lives in the first game as they went 1-0 down within the first 30 seconds !

A firmly struck corner deflected off Jevon Mills and gave Josh abba no chance , but Mills and Abba were about to change Terriers fortunes for the better .

AFC Tickton piled on the pressure and were rewarded with an equaliser just before half time as Mills finished off a neat move involving Jake Dunn and Riley Brumpton , while at the other end Abba was pulling off some accomplished saves .

In the second half AFC Tickton moved up a gear and took the lead with a close range effort from Michael Kopac , follwed by a similar tap in by Bailey Young to secure the game 3-1.

The second game was much more one sided as the Terriers were now chomping at the bit and in full flow . Two more goals from Michael Kopac to comlete his second hat trick of the season along with excellent strikes from Jacob Gallway and a second for Bailey Young proved too much for the visitors as AFC Tickton ran riot in front of goal.

The second half saw further near misses from Matty Hewitt , Adam Godfrey and man of the match Luca Serban as the game finished a convincing 4-0 . A perfect performance in all areas of the pitch , Jevon Mills was named managers player of the day. 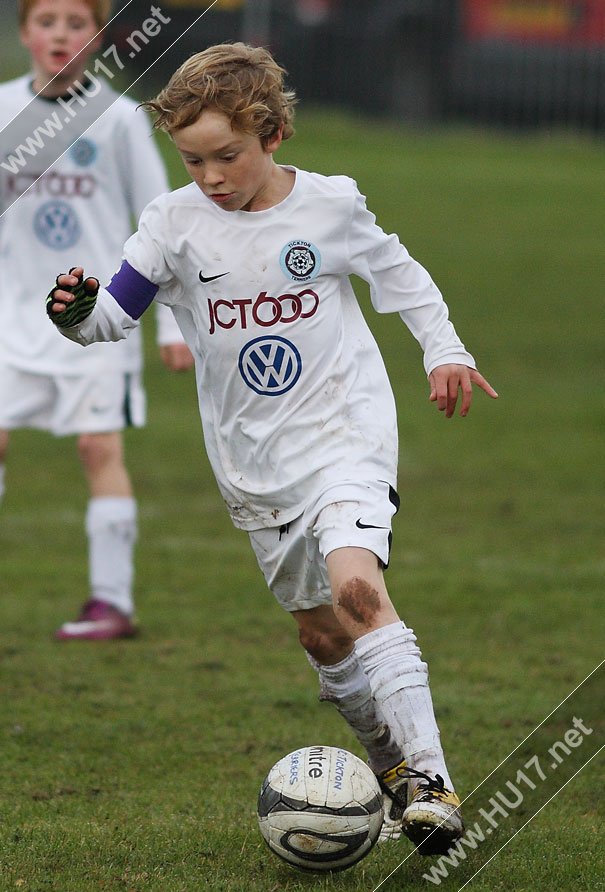