Sponsored by KC, Jellycat Media, The New Inn Leven and Great Newsome Brewery – The Leven Real Ale Festival took place in late June this year. The festival was a huge success with over 600 people attending over the 2 days.

People who attended  the festival had the chance to sample some of this regions finest real ales, watch fantastic live entertainment and all set in the beautiful surroundings of the New Inn Leven’s fine Georgian courtyard!

The aim of the festival in addition to having a few fine ales was to give the village of leven an event to be proud of and to raise some much needed funds for two village charities. This week saw those funds being handed over to the charities.

Both the Wray trust and the village scouts received £600 each to help with there local endeavours.

“This amount of money is going to make a huge difference to many local young people and we thank all those who helped make this possible.”

“The festival was just brilliant and we couldn’t of hoped for it to have gone any better! It was evident that people who attended had a great time and left hungry for more!”

“The good news is that we can confirm that the festival will be taking place again next year and in addition to this we are going to be holding a winter ale festival on the 18,19 and 20th of November again at the New Inn in Leven.” 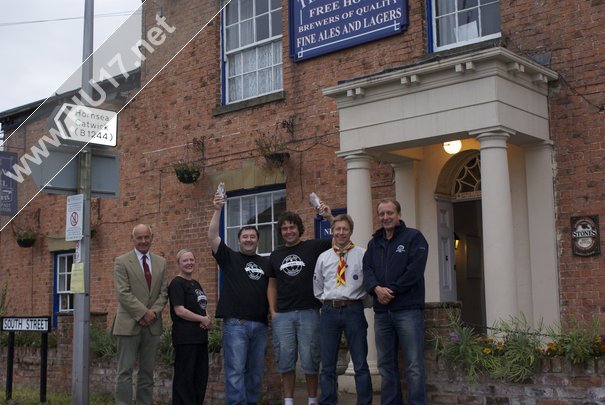