Beverley Town 1st XI concluded the 2011 season with a home tie against Clifton Alliance knowing that a victory would secure the runners up berth. The day started well with skipper Alan Acklam winning the toss and giving Clifton first use of another typically good Norwood Park track. As has been the case for much of the season the opening pair of Simon Roe and Matthew Mudd bowled superbly well and restricted the scoring, this time however it was Roe who was the decisive bowler and he managed to work through the Clifton batting line up.

No batsmen was able to stamp his authority, and despite a couple of big shots no-one reached the 30 run mark; Roe able to tease them out just when they thought they were getting on top. An unbroken 25 over spell from Roe was rewarded with his second five wicket haul of the season and secured him 6 for 84. Mudd bowled 18 overs and took 2 for 76.

The remaining overs were bowled with excellent control and pace by young left armer Brad Dobson, who in these last four games has shown that he can produce the goods in the top division, claiming 1 for 16 in seven overs. Once again an excellent bowling display was backed up in the field and helped to restrict Clifton to a mediocre 178 for 9 in their 50 overs and half the job was done.

In reply the Beverley opening pair of Jamie Mitchell and Pete Groves set about the Clifton attack with ease, boundaries flowing freely off both bats until Groves decided to step up a gear and despatch the Clifton pace man into the tennis courts on two occasions.

The score rattled along quickly to 71 until Groves played a loose drive to mid-off and was caught for a breezy 39, however much of the damage had already been dealt to the Clifton spirit. John Fisher joined Mitchell at the crease and together they pushed the score along serenely closing in on the victory target.

Mitchell passed the fifty mark and he was quickly followed by Fisher who finally found his form again. The target was reached in the 35th over without further loss, Mitchell finishing with 66 not out and Fisher a quick 59 not out to give Beverley another victory at Norwood Park and secure the runners up spot in the league, their highest ever position.

Much of the final position is down to the performances at home where they have won or gained a winning draw in all but one of the eleven fixtures. They have climbed the league throughout the second half of the season where their record reads six wins, two winning draws, two abandoned and just a single defeat. It has been a fantastic season where every individual involved with the 1st XI has performed at one stage or another with either a match winning innings or a key spell of bowling.

Clifton Alliance 178 for 9
1st XI 179 for 1
The 3rd XI welcomed Alliance Premier League champions Patrington in their final game of the season. Patrington batted first and racked up 253 all out. Opening bowlers Tom Haytack and Kieran O’Brian (2-38) bowled tightly, restricting the visitors to 56 from 24 overs. James Emery continued the economic start whilst claiming a wicket in his first spell. With wickets in hand Patrington exploded in to life aided by some slack fielding. Youngsters Matt Saint (1-48) and Greg Whyley (2-51) bowled at a difficult time but can be proud of the way they kept going. Emery (2-56) and Haytack (3-43) returned to clean up the tail but the damage had been done in the middle overs.

Beverley’s reply got off to a poor start when Rich Moon was out in the first over playing in an unusually aggressive manner. James Broekhuizen (38) and Alex Nightingale (26) both continued their good form but both fell close together leaving Town on 81for 5. Emery (29) played some attacking shots whist Paul Fleming anchored the innings. Fleming (54) played an excellent innings pushing Beverley towards the 200 mark but fell just short as Town eventually closed on 194 for 8. This gave Town a respectable 11 points from the game however this wasn’t enough to stop two teams overtaking them in the final league table as they finished the season in fifth place just five points off third. It has still been an excellent season with plenty of positives to take in to next year. 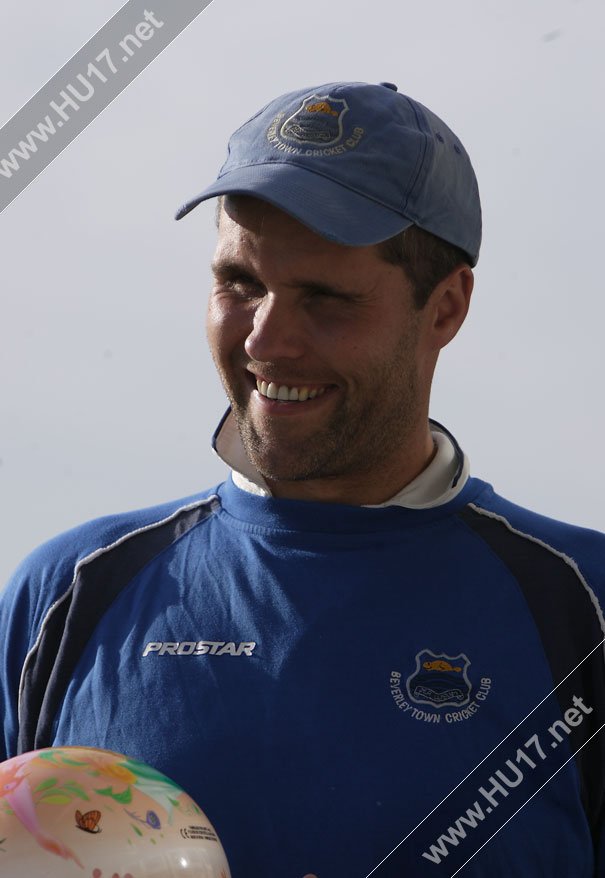