Kirsty Mills manager at Fantasia Legends of Ladygate Beverley was joined by Heidi Taylor and Karina Young for a colourful evening of promotion around town.

The three ladies were dressed up in fancy dress as they were promoting the local business Fantasia Legends.

Owner Kirtsy dressed as Tinkerbell while her friends dressed as Pirate and Thundercats Cheetara.

They visited numerous bars including, The Push, The Green Dragon and Kubana posing for pictures with people who were out in the bars.

“We dressed up to help promote the Fancy dress shop as we  are trying to raise awareness of the costumes and novelties we have on sale.”

“I selected Tinklerbell as she is on of my favourite Disney character.”

Karina who dressed as a Pirate added;

“I was there to support Kirsty, I just love dressing up and was could not resist the chance of going out around Beverley dressed up as a Pirate.” 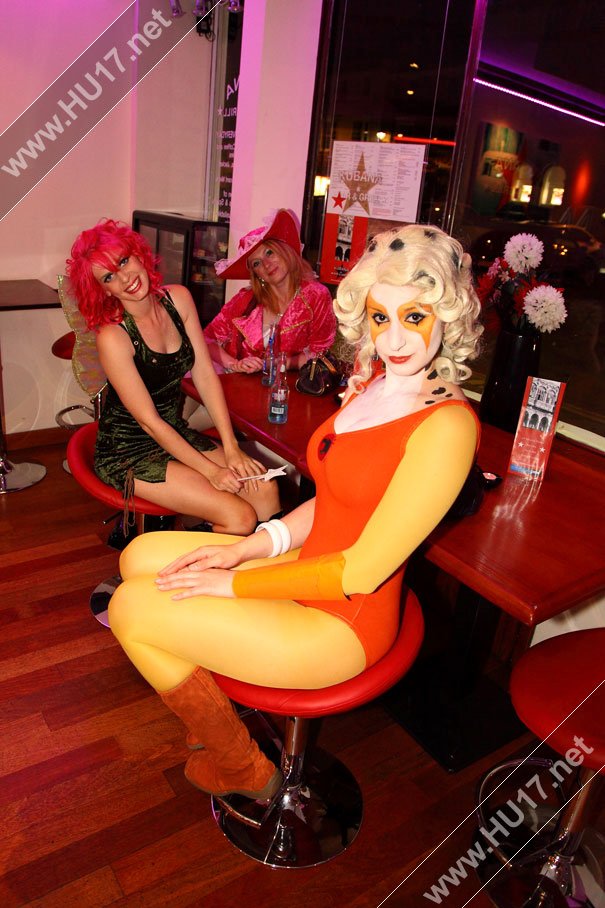