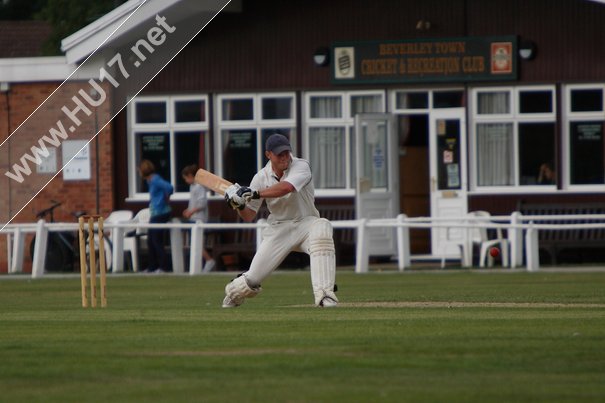 Beverley Town CC 1st XI secured their fifth outright win of the season when they beat bottom of the league Heworth by six wickets at Heworth.

The 2nd XIs up and down season continued when they were beaten at home by Ripon while the 3rd XI got back to winning ways with a successful day at Hessle. The 4th XI continued their disappointing second half of the season when they were well beaten by Pelican at Norwood.

The 1st XI produced a steady rather than spectacular performance to put away relegation certainties Heworth at Heworth with Jamie Mitchell leading the way with four wickets and a half century.

Simon Roe struck early with two wickets and Matthew Mudd claimed one as the home side were reduced to 31 for 3. If Beverley thought they were going to have it all their own way a stand of 103 runs led by Richard Bowling (74) dismissed any such thoughts.

Three chances had gone begging all off the unlucky Roe (2-53) before Mitchell and Steve Blake replaced Roe and Mudd (1-61) who never allowed the home batsmen to dominate in their long spells. Partnership-breaker Mitchell struck immediately removing Bowling, the first of his four wickets, and Blake had two lbw shouts answered in the affirmative as the home side lost six wickets for just 36 runs and fell away to 173 for 9 in their fifty overs. Mitchell finished with 4 for 22 and Blake 2 for 34.

Town lost two early wickets and a third at 71 with Mitchell standing firm but only four more runs had been added when he was out for 50 from 76 balls (6 x 4s) leaving Town a little unsteady at 75 for 4. Faisal Abid and Olly Grantham began the task of consolidation before unleashing some great shots. Abid, having hit five boundaries, went for 23 scooping a long hop to mid-wicket, ending a partnership of 49 in 33 minutes.

A sixth wicket fell at 138 before captain Alan Acklam joined Grantham to see his side home with an assured unbeaten 26 (4 x 4s), Grantham remaining 39 not out (3 x 4s, 1 x 6). The win was secured in the gathering gloom in the 46th over almost three hours after the innings had started. The 1sts remain in sixth place in the Premier Division with four games remaining and with only nine points separating them and fourth placed Easingwold they have a good chance of at least equalling their highest finishing position.

Beverley Town 2nd Xl lost a high scoring game against Ripon at Norwood on Saturday. Beverley batted first and racked up an impressive 251 for 7 from their allocated 45 overs. After Town lost an early wicket Iain Gillyon showed he was in great form, smashing the ball to all parts, until he was out playing one shot too many for a quick fire 66.

The innings then lost some momentum as wickets fell regularly. Matt Smith (26) and Phil Duboulay repaired the damage. After a slow start Du Boulay, fresh from his kicking deeds for Beverley RUFC on Friday night, found his top form finishing with 88 not out hitting the last two deliveries of the innings for six.

Ripon got off to a steady start but with skipper Chris Waters at the crease they always had a chance. He saw his side home with an over to spare with a chanceless 122 not out as the visitors reached their target with eight balls and six wickets remaining. The 2nds are in sixth position in Division Two with four games remaining.

Beverley 3rd team under the leadership of stand in skipper Rich Moon won the toss and elected to field first. Brad Dobson (12-1-59-2) and Tom Haytack (12-2-49-2) bowled excellent opening spells to keep Hessle under pressure. James Emery then put in an excellent 12 over stint picking up 3 wickets for 41. After being 110 for 7 Hessle’s lower order hit out, and, helped by some poor fielding they closed on 212 for 9.

In reply it was a positive start led by Moon (24) but at 56 for 3 Beverley could have slipped up like the previous week. However an excellent unbroken partnership of 160 from Alex Nightingale (62 no) and Paul Fleming (84 no) won the game, with Fleming helping Nightingale through to his first half century for the 3rd team. Again Beverley managed to successfully chase down a 200 plus total finishing on 216 for 3 and thanks to this excellent result they are now back up to third in the league.

Beverley 4th team met Pelican at Norwood and their poor run of form continued as they went down to another defeat. However, captain Rich Simpson was very proud of the team which featured eight junior cricketers aged 16 and under.

Fielding first the 4ths had an early breakthrough as Kez Thompson claimed a wicket. Matty Saint also took an early wicket to a fine catch from Under 13 wicket keeper Tom Norton, keeping for the first time in senior league cricket. Pelican then took control as a fine stand between Kay and captain Smedley developed. Beverley`s bowlers had to work hard as Kay was harsh on the bad ball hitting 18 fours in an excellent 95.

His innings was brought to an end with a fine piece of fielding from Thompson, a direct hit as he was run out. At this point with 16 overs to go, the young team showed how much they have developed as they took a further four wickets for only 70 runs in the last 16 overs to restrict Pelican to 213 for 7. Sam Welburn (1-42), Kez Thompson (1-40), James Grainger (1-31) and Matty Saint (2-20) were the wicket takers, and Tom Norton will be very pleased with his efforts behind the stumps. Some much improved fielding was evident with Jacob McMullen and Kieran Simpson the stand out fielders.

Veteran Neil Goforth, once again tempted out of retirement, and Rob Wicks made a positive start, however a steady trickle of wickets left the 4ths 45 for 6. Only Goforth (24) troubled the Pelican bowlers who bowled well in the conditions. Sam Welburn batted for a long patient innings of 21 and it seemed Beverley might be able to hold out for a draw as the overs passed.

His resistance was finally ended leaving Thompson and Grainger as Beverley`s final pair at the crease. The U15 bowlers then produced an entertaining stand of 28, Thompson (17 no) and Grainger finally out for 15, took the score to a more respectable 114 all out with only five overs remaining.

Picture: Phil Duboulay ends the Bevelrey Innings with a six 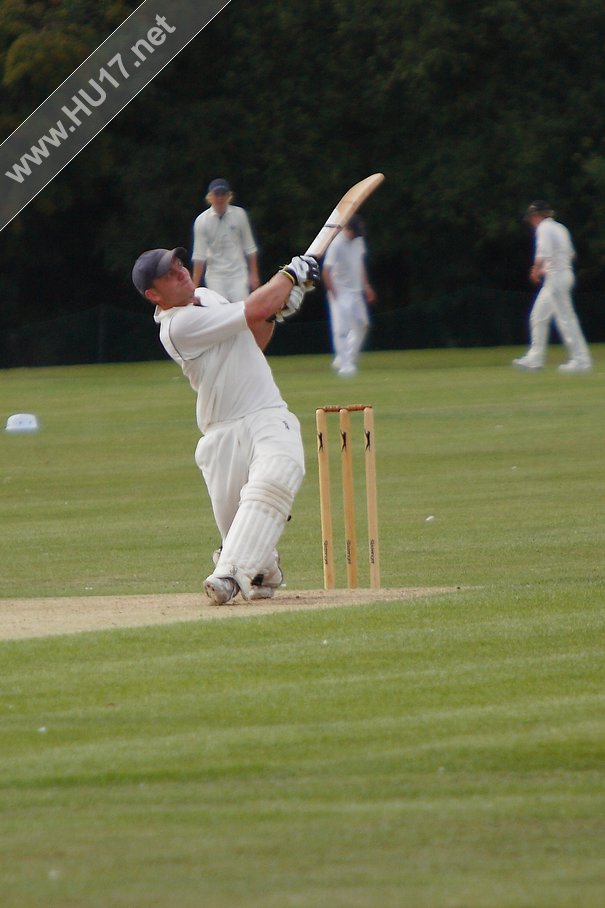 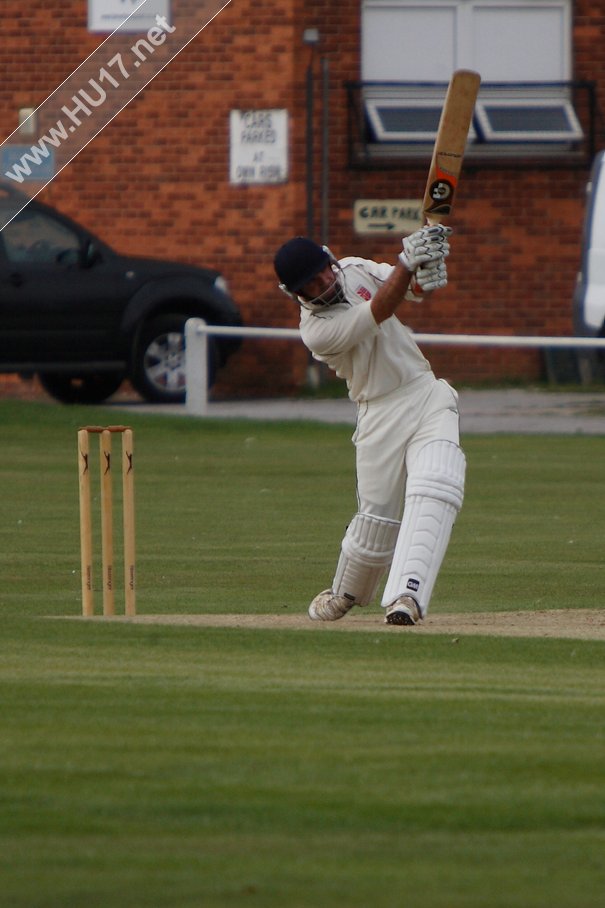 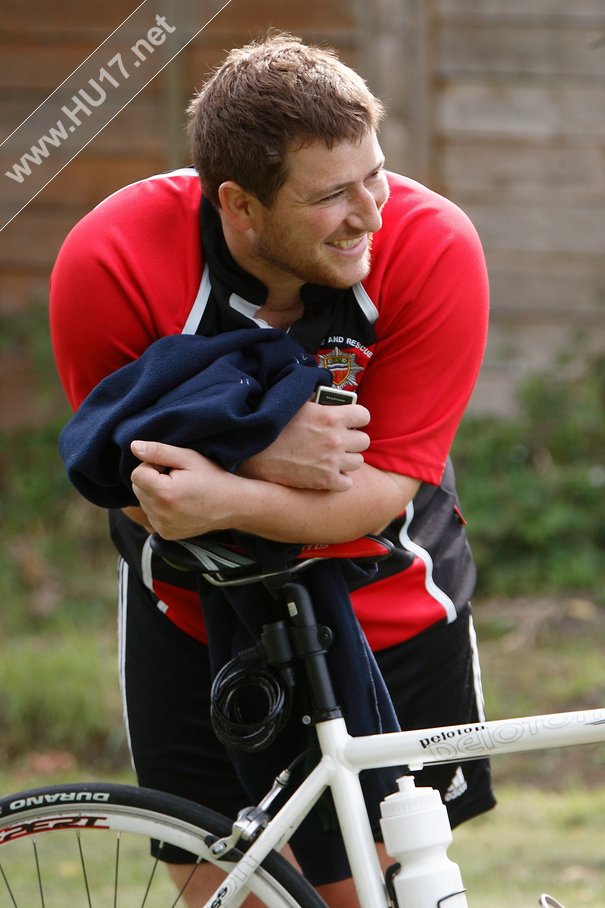