Beverley beat Hull in the final with tries from Dave Worrall, Sam Atiola and the Beavers new captain Junior Tupai.

Williams who has not been seen on the local sports circuit for some time looked as though he may have discovered his perfect sport.

Scoring a try in the group stage Williams came on in the second half and played second row!

“I am getting old, I had a choice play golf or try out rugby, it is a big challange for me as I have not played since school.”

“Here at Beverley they have three teams so with any luck one them will want me.”

Picture: Junios Tupai gets his hands on the World Cup 10s at Beaver Park 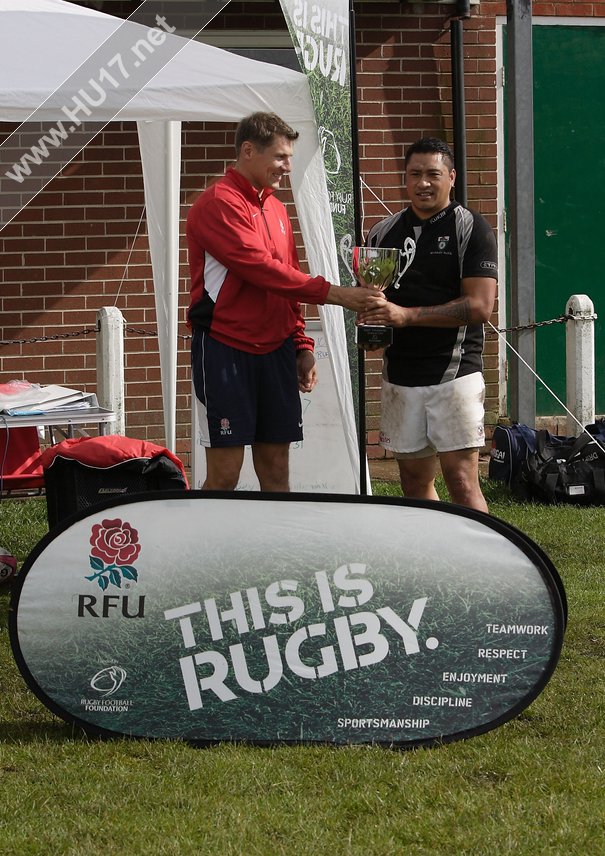