Poor weather throughout the day threatened to cast a shadow on the final evening meeting of the season though by 6pm the skies had cleared and the sun was shining through what little cloud remained.

For those who had made it to Beverley Racecourse they got to enjoy a thrilling evening of racing.

The feature race ‘The Tyregiant.com Handicap Stakes’ was won by Robert Winston on Seldom with HU17.net’s tip Salient finishing in third place.

The Beverley Ladies Circle were also there as they held their last meeting of the summer at the Yorkshire Racing Festival.

Kerri Harold, a member of the Beverley Ladies Circle said:

“This is great way to spend the evening the friends, we have brought some food, drink and placing a few bets.”

On another note, Beverley Racecourse now have a ‘Two Pint Pot’ which a few of the lads at the course looked more than pleased to get their hands on!

The next meeting at Beverley Racecourse is on the 26th July, A Family Fun Day with Peppa Pig and other activities being provided by Hull Kingston Rovers. 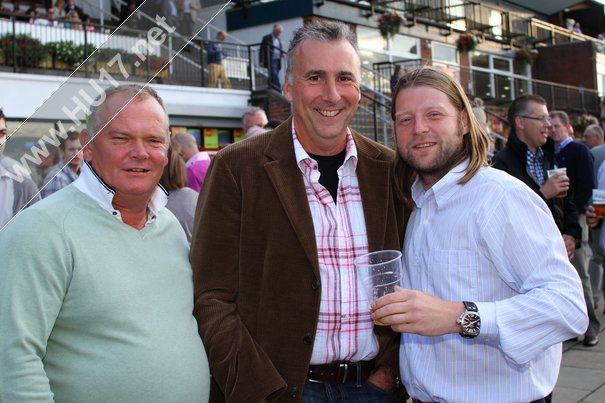