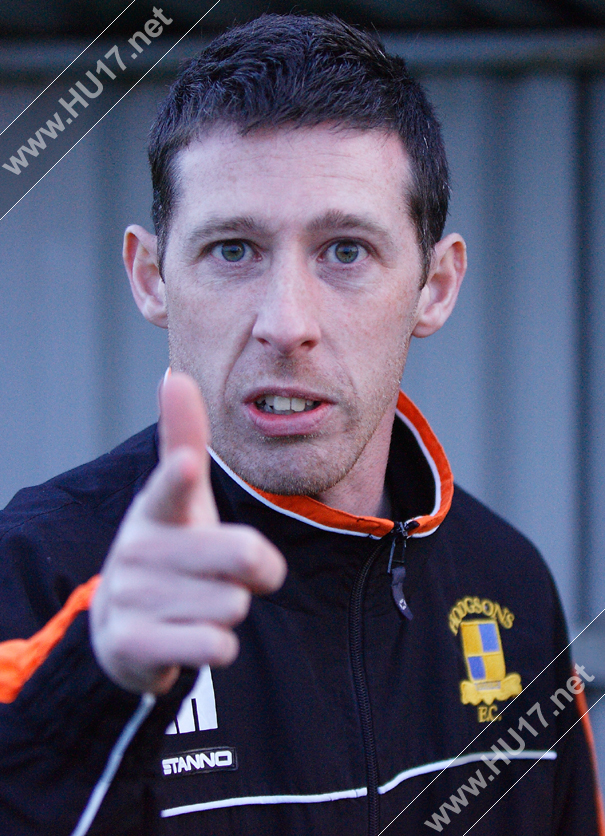 Hodgsons FC boss Lee Hastings claims he has stolen a march on Humber Premier League rivals Beverley Town ahead of the new season.

Hastings, who led the Tanners to the Division One Championship to cap a remarkable rise through the leagues, has beaten off a host of clubs to make two signings for the 2011/2012 campaign.

He has brought in Ben Thomson in midfield and highly-rated Dom McMahon from Howden AFC between the sticks, the latter a long-term target for Hastings who has also been courted by Beverley Town.

He told HU17.net: “I’ve secured the services of 19-year-old Ben Thomson from Hall Road Rangers – he is an exciting young prospect who plays in midfield.

“And a new goal keeper will be joining us from Howden AFC, a player who has been on my radar for a while

“Dom McMahon is an excellent keeper and will fit right into the squad perfectly.

“I’ve been wanting Dom for some time, and with a raft of clubs in the chase, including local rivals Beverley Town, I’m delighted to finally see him put pen to paper with us.”

The Tanners return to what Hastings promises will be a “tough” pre-season tonight as they aim to take the Humber Premier League top flight by storm.