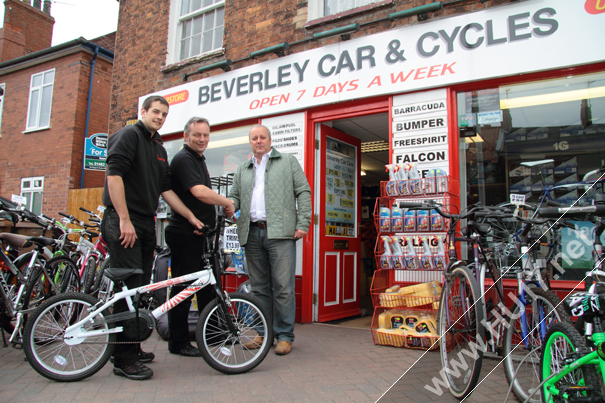 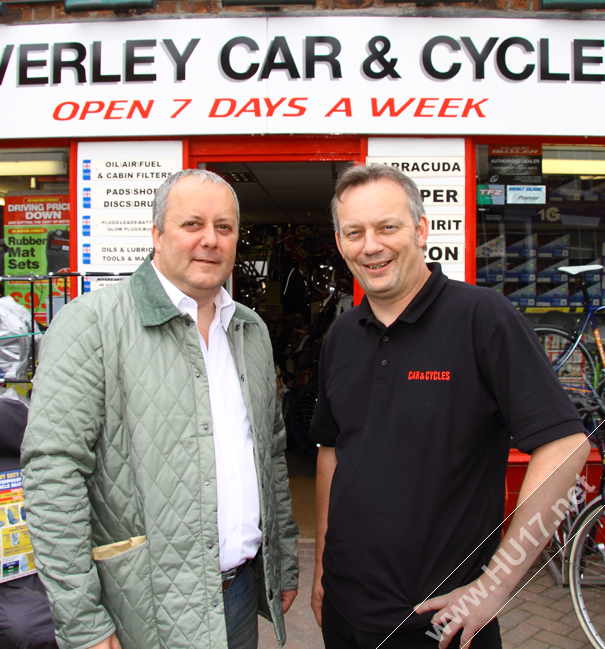 The bike is one of many gratefully-received donations from business people and private individuals which will be raffled for the SSAFA Forces East Yorkshire charity on  Armed Forces day on Sunday 3 July.

David, East Riding councillor for Minster and Woodmansey ward, is busy putting the finishing touches to the day and will hold a final meeting to talk through the whole event at the Rose and Crown on Tuesday (14 June), starting at 7pm.

He said he was delighted with the generosity of Lee and of the many other people who are helping to raise funds for SSAFA.

He said: “Lee at Beverley Car & Cycles has once again demonstrated the level of public support for our Armed Forces.

“By donating a bicycle to be raffled for SSAFA Forces Help East Yorkshire at our forthcoming event, he has done what many others have done with this and generous gift he will help us to help service personnel and their families in the future in our region.

“On behalf of SSAFA, a very big thank you to Lee.”

Anyone else wishing to donate for the raffle or tombola can contact David.

David also told HU17.net that the size of the programme for sale on the day has been reduced to help the environment.

He continued: “In an effort to reduce its impact on the environment, Beverley Armed Forces Day has opted to reduce its programme size from A4 to A5, halving its size and the amount of paper used.

“When it comes to 10,000 programmes we hope this makes a difference.”