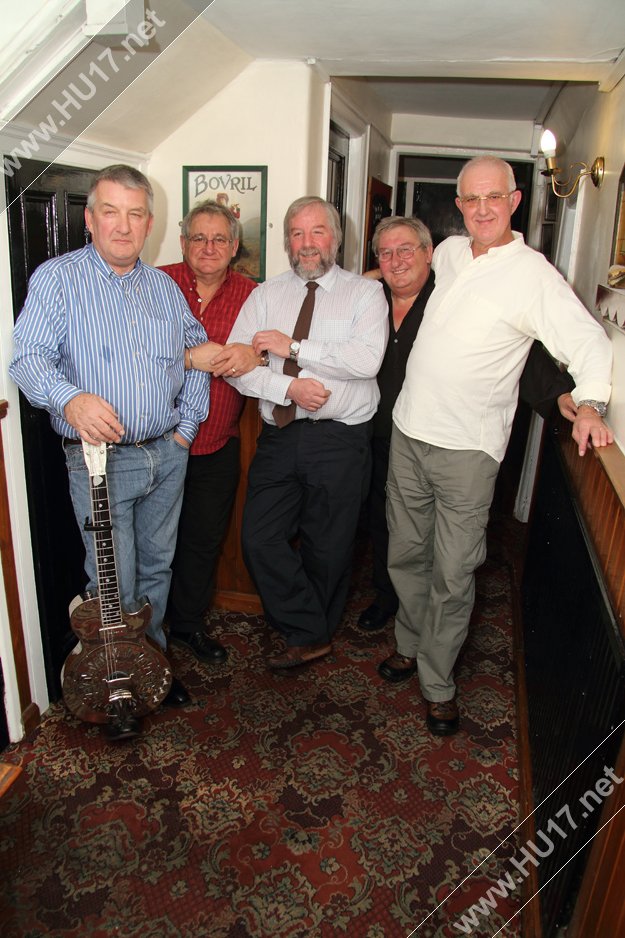 Local singer-songwriters, the Ragamuffins, will be performing songs from their forthcoming third album on Saturday 28th May 2011 at Beverley’s Conservative Club.  The set of new songs tell the stories of local characters that linger long in the memories of many Beverley people.

Lead Vocalist and lifelong Beverlonian, Jerry O’Connell, explained what the concept of the album was all about: “Beverley’s had its right share of characters, rogues and eccentrics and we wanted to immortalise them in our songs.  There were local legends such as Bob Porter, who made cheese sarnies like slabs, old Nacky Norris, Greasy Joe with his fish and chip shop and, of course, Umbrella Lil – all familiar names to Beverley folk of the right generation and now almost part of the town’s folklore.”

The songs also commemorate people from a little further afield, like Market Weighton’s famous Giant Bradley and the eccentric Flying Man of Pocklington.

Ragamuffin O’Connell went on to explain: “We’ve written over thirty songs about the people and places of Beverley’s past and whenever we play a gig, we get people coming up to us afterwards saying they either remember the things we’re signing about, or tell us something new that might be the inspiration for another song.”

With John Burgess on guitar, Phil Barber on bass, Tony Soames the banjo and Robin Thornham on the violin, Jerry is sure that there will be plenty of familiar faces in the audiences when the five get up to play, but would also like to encourage newcomers to come and listen to their humorous ditties.

“Whether you’re a longstanding resident reliving memories or someone new to the town, you might learn a few things about Beverley’s heritage by coming along to listen to our musical ramblings!”

For more information about the Beverley Ragamuffins, visit thebeverleyragamuffins.co.uk or come along to the gig at 7pm on Saturday 28th May in the Beverley Conservative Club.