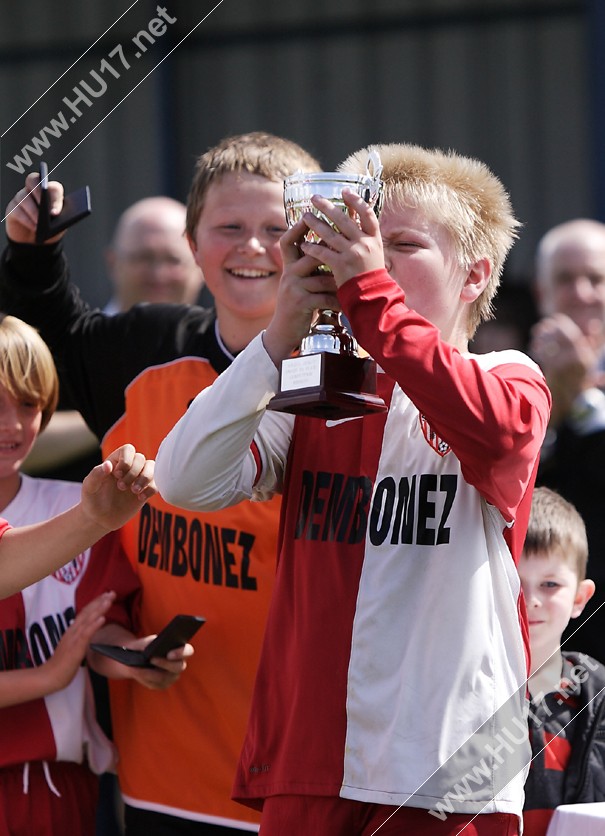 Springhead Spartans called the shots to claim victory in the Hull Boys Sunday League Under-12 Plate competition – thanks to a lot of help and support from their Beverley contingent.

In front of a big crowd, Spartans took the lead through Alex Turner in the second minute before David Solanke scored a brilliant near-post header on 53 minutes to secure victory.

The team was well captained by Simon’s son Owen, who couldn’t hide his joy when he lifted the trophy.

Watching the memorable occasion was Owen’s uncle Steve. It made it a notable family double for the Fosters after cousin Adam Foster helped Hodgsons FC to promotion to the top flight of the Humber Premier League.

He told HU17.net: “Of all my playing career, when I look back it was these games with my mates in cup finals that remain most vivid in my memory.”