Neil – who published a pie chart (pictured with the article) showing how Beverley had “turned blue” – was beaten to a seat by Irene Charis, Bryan Pearson and Elaine Aird.

And while he was gracious in defeat, he questioned the commitment of the younger generation of voters and said he was “shocked” by the apathy shown by them.

He said: “It is an interesting day for democracy in Beverley and the country, but well done to the local Conservative team.

“The older generations turned out to the polling booths and voted for them.

“I was shocked at the difference between the turn out of the ‘silver’ vote versus the family and young persons vote.

“I’d like to thank the 808 people who voted for me to represent them on local issues like senior staff wage rises and top-up pensions.

“I know from speaking to you that this is still a concern that many of you raised with me on the doorstep.

“And I know that many of you were frustrated at never being visited by your councillor or ‘would be’ councillor before.

“I really enjoyed speaking with people on the doorstep, in the streets and as you walked your dogs.

“I would like to thank all the polling booth staff, verification and counting staff for all their hard work.

“The polling staff take on a mammoth shift from 6.30am til 10pm and even later, without breaks. Our council employees are where the true value of the East Riding Council lies.”

The results in Beverley were stronger for the Conservatives than they would have imagined, and this was mirrored across the East Riding.

Beverley Rural retained its three Tory councillors, while the Conservatives gained one seat in Minster and Woodmansey through David Elvidge and two in St Mary’s through Charis and Aird.

In the East Riding as a whole, the Conservatives won 53 seats, Labour six, the Lib Dems three, the SDP one and Independents four.

The main losers, as they were nationally, were the Liberal Democrats. 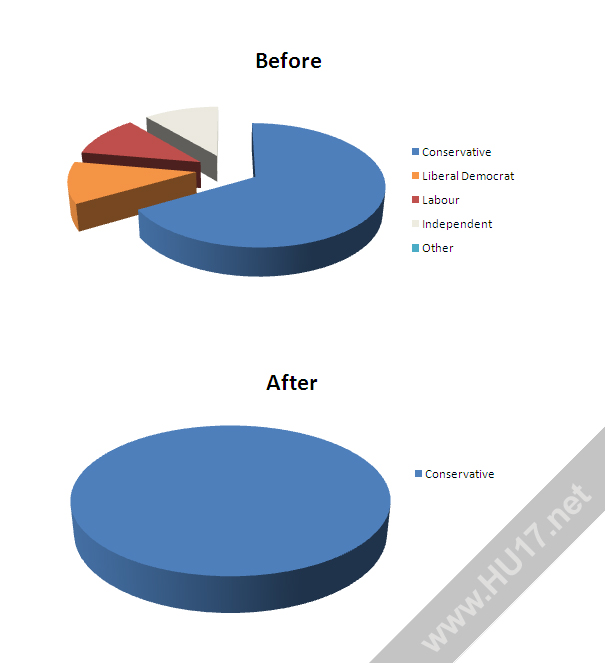