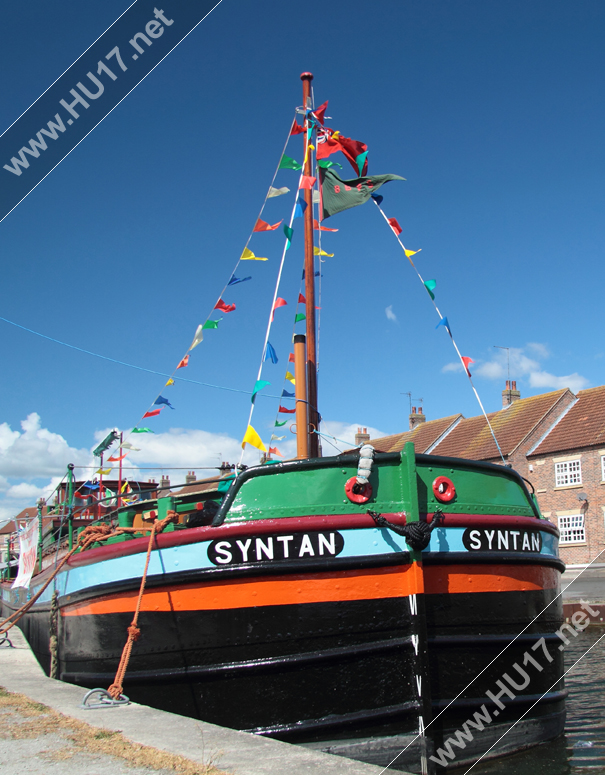 The MV Syntan Barge is the pride and joy of the Beverley Barge Preservation Society.

The society was set up in 2000 with the aim of providing visitors to Beverley Beck a memorable trip back in time and provide an overview of the industries that once flourished in this part of town.

The Syntan, once a working barge on the Beck, was re-discovered at Doncaster Power Station, where it had been laid up for the best part of 20 years, and the remains were brought back to Beverley for restoration.

It was built in 1949 for Richard Hodgson Tanners in Beverley and was one of a fleet of 16 barges based on Beverley Beck, which carried coal and hides into the Tannery, as well as the raw materials needed for tanning. These included materials from as far afield as India, South Africa and Paraguay.

She also carried general cargoes such as grain, flour, paper and nuts to South and West Yorkshire.

In the 1970s the Hodgson fleet was sold and the Syntan was bought by Victor Waddington of Swinton to carry steel.

Soon after, however, she was taken out of use and eventually finished up at her final resting place at Doncaster Power Station, where she was extensively vandalised and cannibalised for parts.

The whole process of restoring the Syntan took three years of hard work, and the rebuilding was documented in the film ‘Syntan Comes Home’ – available on video from the Society.

On taking ownership of the Syntan, the paintwork was faded and peeling, there was no wheelhouse and all the external fittings had gone apart from the winch. The main hold was full of rainwater.

It’s a testament to members of the Beverley Barge Preservation Society that the Syntan is what visitors to Beverley Beck see today.

A steel top has been installed over the hold, the livery has been restored to its original Hodgson colours, while the mast lights, engine room vents and the wheelhouse top have all been found or manufactured to their original pattern.