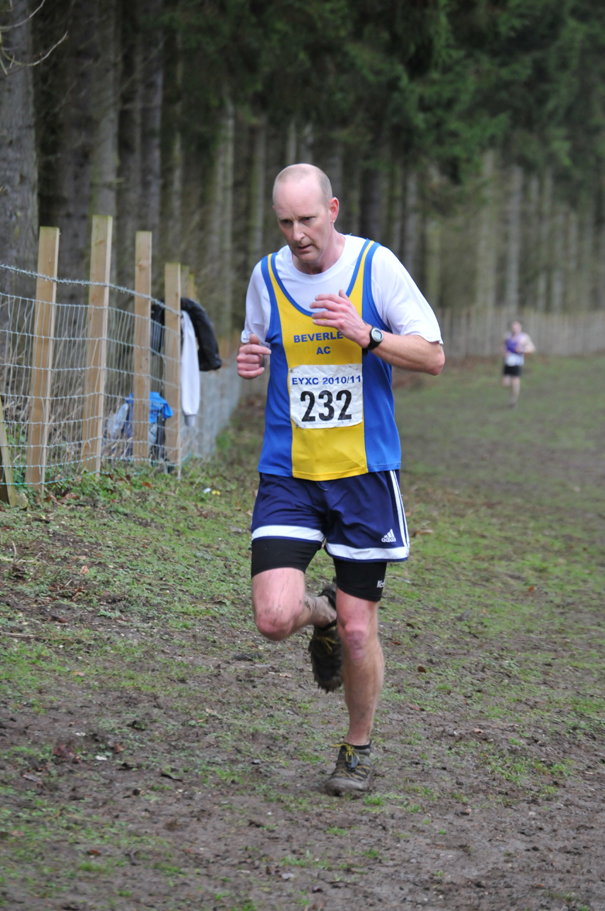 Welton Dale was the venue for the penultimate race in the 2010 / 2011 season of the East Yorkshire Cross-Country League.  With valuable team points at stake it was vital for clubs to field a strong team.

Scarborough and City of Hull have been leading the league but it was Beverley Athletic Club’s men’s team which finished first at Welton.

Having led his team home in all five races so far, it was a big bonus for Matt Chadwick to lead them to victory at Welton.  Chadwick has made a big impression in his first season with the club, concentrating on cross-country and running very consistently.  Roger Tomlin, James Pearson, Andy Johnson, Jim McGivern and Stuart Little made up the rest of the team.  They were all delighted with their win but with such strong adversaries as Scarborough and City of Hull Beverley still lie third overall in the league.

In the ladies’ competition Scarborough’s Louise Brown was the first to finish.  She had a fantastic run and finished in fifth place overall in 34.39, only a few seconds behind Matt Chadwick.

Julie Donald was the first Beverley lady to finish.  She has made a big impact in her first cross-country season and will start next season’s league with increased confidence gained from experience this year.  Sam Allen and Clare Bracken, both very experienced cross-country athletes, made up the Beverley ladies’ team.

New members Rachel Woolner and Justine Anderson competed in their first cross-country race for Beverley and after their baptism of mud at Welton they are looking forward to drier conditions in the next race.

There were 127 finishers and the race was won by Danny Schofield of Scarborough AC in 31.51.  The first lady to finish was Scarborough’s Louise Brown in 34.39.

The final race in the league takes place at Sewerby on Sunday 6 March.