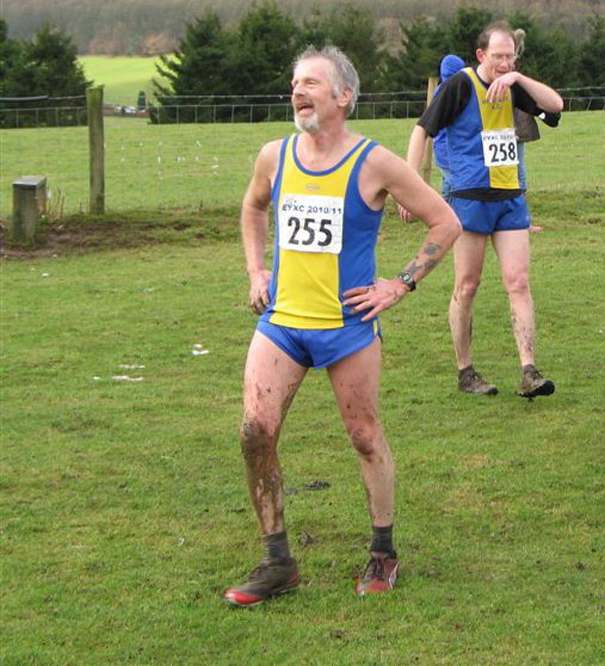 The fourth race in the East Yorkshire Cross-Country League took place last Sunday, a month later than planned.  Langdale End near Scarborough was inaccessible due to snow in December but last weekend was much milder and runners were bogged down by mud rather than snow.

There was an excellent turn out by members of Beverley Athletic Club and some notable performances on the challenging hilly course on the edge of the Dalby Forest.

Clare Bracken led the Beverley ladies home in an excellent time of 52.07.  She was the seventh lady to finish behind a very strong field which included several ladies from the host club, Scarborough.  Julie Donald and Sam Allen made up the ladies’ team which finished in second place behind Scarborough.  New member Kate Ladell performed well and Carrie Smith continues to move up the field as her fitness improves after the birth of her son last May.

Beverley’s men’s team also finished second at Langdale End behind Scarborough.   As in all races in the league so far, Matt Chadwick was the first Beverley runner to finish.  He was fourth overall in 40.03.  Like Clare Bracken he prefers cross-country to road running and excels at this discipline.

A former winner at Langdale End, Roger Tomlin, made a welcome comeback to cross-country after a break of a couple of years.  He was the second Beverley runner to finish and ninth overall in 41.20.

Junior club graduate Phil Burn made his debut in the league and turned in a fine performance to finish in 44.25 scoring valuable points for the men’s team.

After four races Beverley’s men are still third overall in the league behind Scarborough and City of Hull while the ladies’ team lies in second place behind City of Hull.

There were 118 finishers and the race was won by Danny Schofield of Scarborough AC in 36.40.  The first lady to finish was Louise Brown, also of Scarborough, in 41.26 and in ninth place overall.