Hodgsons FC travel to Blackburn Sports Club to face North Ferriby Athletic knowing a win will open massive lead at the top of the Humber Premier Division One.

The Tanners currently sit top of the table with 40 points and, should they complete the double over North Ferriby, will go 12 points clear at the top.

Hodgsons FC manager Lee Hastings said:  “I have a full squad to choose from for this Saturday’s trip to Brough to face North Ferriby Athletic.

“Last week’s game was postponed at the last minute, which was very frustrating, but now the lads are ready and raring to go.”

Hastings is playing down reports of a new player joining the Tanners, although he did confirm the club is holding talks with an unnamed goalkeeper. However, he said any deal done would not see them join till next season.

“A number of clubs were interested in the lad but it looks like he has his heart set on joining the Tanners. He will be an excellent addition.”

Hastings also confirmed rumours surrounding him offering Adam Foster a retainer if he retired from Sunday Football and played his football exclusively with the Tanners.

“After seeing him play for Inter Beaver I am concerned he will get roughed up and maybe injured,” said Hastings.

“The kid loves his football and even the offer of £20 a game could not secure an exclusive contract with Hodgsons FC.”

The sides last met back in August, a game Hodgsons won 6 – 4 with Adam Foster, Danny Cartwright and Richard Durham on target for Hodsons FC. 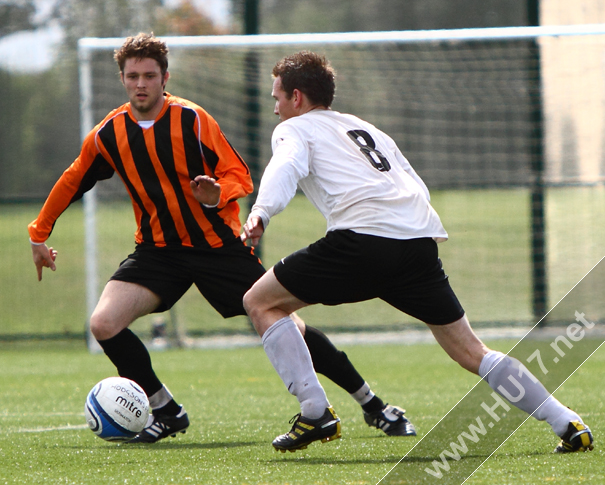