In the corresponding fixture at Bradford last October the Beavers gave a good account of themselves against a very powerful side reinforced by several young Leeds Carnegie Academy players.

Following their long trek to Rossendale last Saturday which proved to be a waste of time since the pitch was frozen solid, the Beavers will be pleased to get back onto the pitch and, hopefully continue their spell of improved form.

Team Manager Jeff Worrall was extremely annoyed at the unwillingness of the Rossendale club to make any decision in time to prevent Beverley from travelling. He said today,” Despite making several phone calls before we left and whilst we were en-route, we were assured on each occasion that the pitch was 50 – 50 and, with the sun shining, they were hopeful that the game could go ahead as scheduled.

In fact when we arrived the pitch was like concrete and it was clearly unplayable. Our only consolation was that the basketball hoop on the car park afforded the opportunity for some lineout throwing practise. Unfortunately, the only successful basket came from Mr DJ, the touch judge!”

For this weekends game, it is hoped that Beverley will be able to select from practically a full squad. 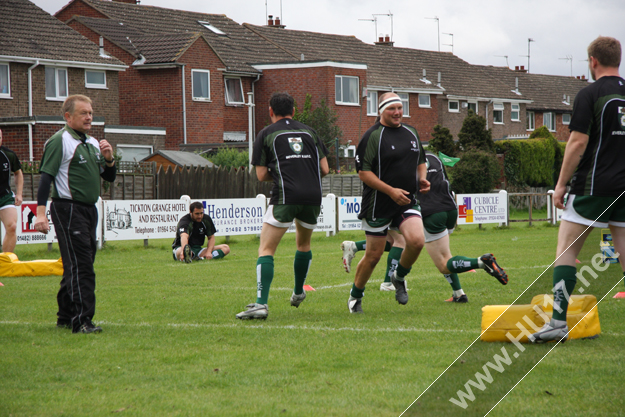