Sadly when people drink to excess, they are leaving themselves vulnerable and at risk of being a victim of crime and sexual assault and as we approach the festive period this type of incident is increased.

Year after year officers from Humberside Police are dealing with women who have been out on a festive night out with friends or family, which has turned into a night they would never forget and for all the wrong reasons.

This year police in East Riding are asking local licensed premises to help support them in their campaign to help reduce the number of incidents or rape and sexual assault over the festive period.

“As much as it is important for women to stay safe as they celebrate the Christmas and new year festivities, it is also vitally important that local licensed premises support the message we are trying to deliver.

“We will be working closely with our partner agencies to ensure that people who come to the East Riding area enjoy themselves but do it in a safe manner.

“We want people to be sure that they remember no means no, wither that be a member of bar staff telling somebody they can’t have another alcoholic drink or it be a woman telling a man. The word no should not lead to violent conduct of any kind.

“Licensed premises in the area are fully aware that they have a duty to serve free water to people who request it and have the right to refuse to serve alcohol to anyone on their premises.

“By working closely with pubs and clubs in the area we are hoping that the number of people that head home in the early hours of the morning are doing so in a manner the enables them to be safe. ”

Posters to support the second part of the campaign have been distributed to all bars and pubs in the area, along with taxi ranks, takeaways and even local hairdressers.

The image on the posters is of a woman with the words Rape, I said yes to a drink, not to sex. This is a key message that police want to get across to throughout the festive period. 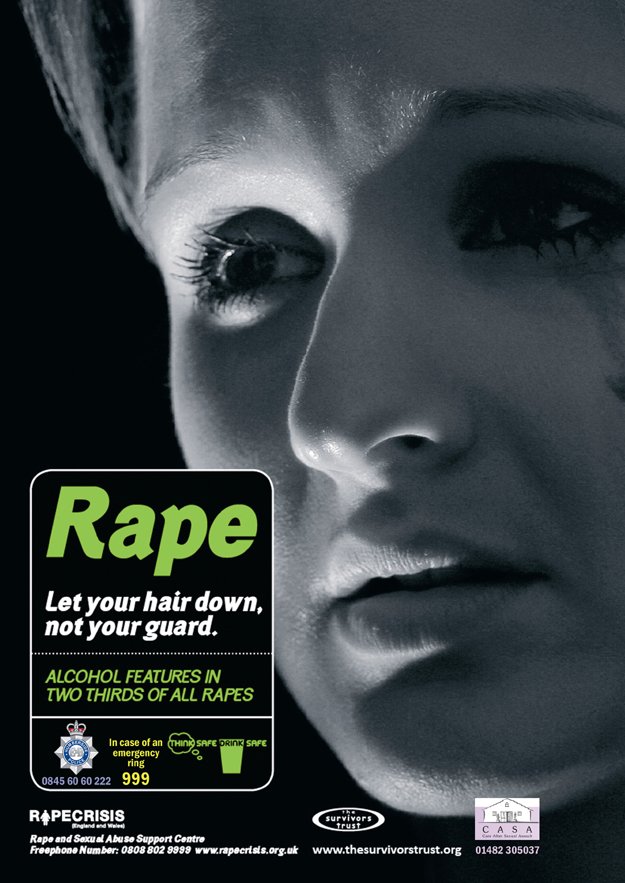