Beverley’s very own band of merry men, the Ragamuffins, will be back by popular demand at the Tiger Inn on Saturday 4th December, supported by Tim Buck Two.

Jerry O’Connell, lead singer with the Ragamuffins, said that since the release of their two albums over the past couple of years, they’ve been inspired to write more songs about their home town of Beverley:  “The first two albums were about famous local places, like Minster and North Bar, alongside ditties recalling things no longer there, like the much missed Cattle Market and Dog Pond.  Now and again you hear the names of local folk crop up in them, but none of the songs were about individuals.  This time we’ve focused on the characters that brought a bit of colour to Beverley and will be performing them live in the Tiger.”

For anyone of a certain age born and bred in Beverley, some of the local legends name-checked in the songs will bring back memories.  Jerry explained:  “We’ve got one about Umbrella Lil, who many folk will remember, then there’s shopkeeper Knackie Norris and Bob Porter, who was famous for his bacon banjos!”

In addition, the band has delved further into Beverley’s past, with numbers about Dick Turpin, who legend has it once visited the town, and the tragic tale of the two Danish soldiers, memorialised on plaque that can be found on the outer wall of St Mary’s Church.

Mr O’Connell concluded:  “Beverley is fantastic place and it’s the folk that make it such a cracking town – this is our way of remembering them and we hope it’ll raise a smile and bring back a few memories along the way.  We’ll have a right good laugh and get people merry in time for Christmas!”

The Ragamuffins will be performing from 8pm until late in the Tiger Inn, Lairgate, Beverley, on Saturday 4th December 2010 – admission fee: Nowt! 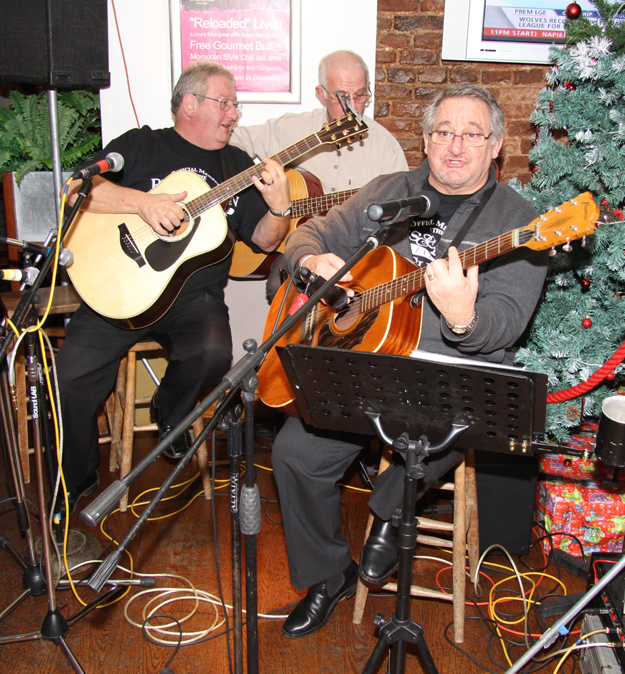