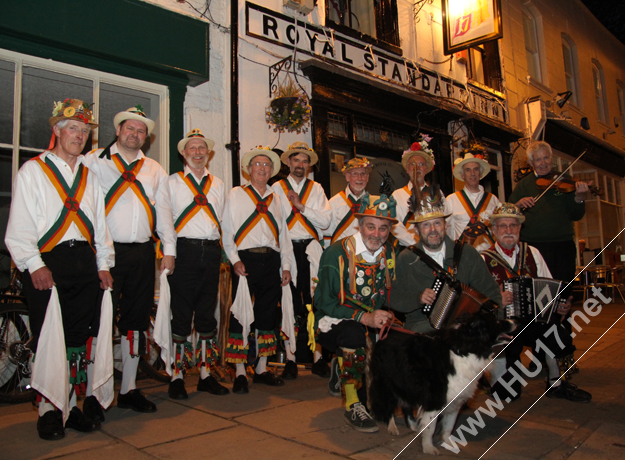 Traditional Morris Dancing has been represented locally by “Green Ginger Morris”, which has been seen at various pubs, galas, and garden parties (and pubs) in the area since the early ‘70s. We are now looking for the next generation of dancers to carry this tradition forward.
It could be said that Morris Dancing is the last truly English tradition, and dates back to at least the early 15th century. Generally thought of in a comical context by the wider community, it has a large countrywide following and brings colour, music and entertainment to many functions to the enjoyment of both the audience and the participants.

People commonly ask about the origins of the Morris and where the name comes from. Sadly, there is no definitive answer to either of these questions. There are theories of course. Some people like to think that it dates back into the mists of time and is associated with the old religions of the Druids and the worship of earth spirits, the sun, the moon and the seasons. Certainly, Morris is traditionally associated with May and Harvest festivals. Being primarily associated with villages and rural communities it would be in tune with the seasons, but there is no doubt that there are connections with the Royal Court.

It was in vogue with the Elizabethan court and there is evidence that Henry VIII was an admirer. At various times in history it has been actively supported by the established church and alternatively, dismissed as pagan. In Victorian times there was an active movement to stamp it out entirely because of bawdy behaviour, and conversely to present long and boring stage presentations as an art form. Morris certainly has a colourful and chequered past.

The music of the Morris has its own mystique. Apart from a very few relatively modern adaptations, each particular dance (of which there are possibly in the region of 400) has its own particular tune, the origins of which remain a mystery. So, what can be seen as the attractions of Morris Dancing? There is history and tradition with maybe just a hint of patriotism, excellent exercise to music with friends and the camaraderie that goes with it, an element of collection in seeking out different dances but, above all, it is fun!

If you are male, somewhere in the region of 20 to 40 years old and reasonably fit you are perfectly equipped to try Morris Dancing. No other qualifications or experiences are needed. Come along and meet us and give yourself the chance of carrying forward an ancient tradition and have a lot of fun doing it.

You are welcome to come along any Tuesday night to Cottingham Methodist Hall at 8:00pm. Further information and contact details can be found on our website. 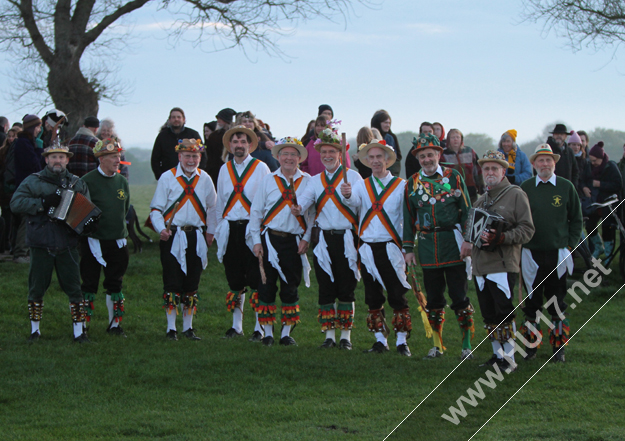 HU17.net Gallery: Dancers will needed to maintain the tradition of May Day Morning @ The Black Mill