Following the news of his inclusion in the2011’s Mammoth Book of British Crime with a short story called Sucker Punch, Nick Quantrill is signing copies of his novel, Broken Dreams, at WHSmiths book store in Beverley on Saturday 11th September from 11am.

Nick Quantrill finds himself among some of the best crime fiction writers in the UK including Ian Rankin in the Best of British selection.  Quantrill’s own novel, Broken Dreams has been compared to Rankin’s Rebus series.

“This has been a great year and a year of firsts for me and my book signing at WHSmith’s at Beverley is another first for me.  This is the first time I have signed at any WHS store.”

Nick will be in the Beverley WHS store from 11am until 1pm and 2pm until 4pm. Watch the video on YouTube

Joe Geraghty, Private Investigator, is used to struggling from one case to the next, barely making the rent on his small office in the Old Town of Hull. Invited by a local businessman to investigate a member of his staff’s absenteeism, it’s the kind of surveillance work that Geraghty and his small team have performed countless times.

When Jennifer Murdoch is found bleeding to death, Geraghty quickly finds himself trapped in the middle of a police investigation which stretches back to the days when the city had a thriving fishing industry. As the woman’s tangled private life begins to unravel, the trail leads Geraghty to local gangster-turned-respectable businessman, Frank Salford, a man with a significant stake in the city’s regeneration plans. Still haunted by the death of his wife in a house fire, it seems the people with the answers Geraghty wants are the police and Salford, both of whom want his co-operation for their own ends. With everything at stake, some would go to any length to get what they want, Geraghty included.

Nick was a winner of the HarperCollins Crime Tour Competition in 2006 for his short story ‘Punishment’ before he went on to complete Broken Dreams. 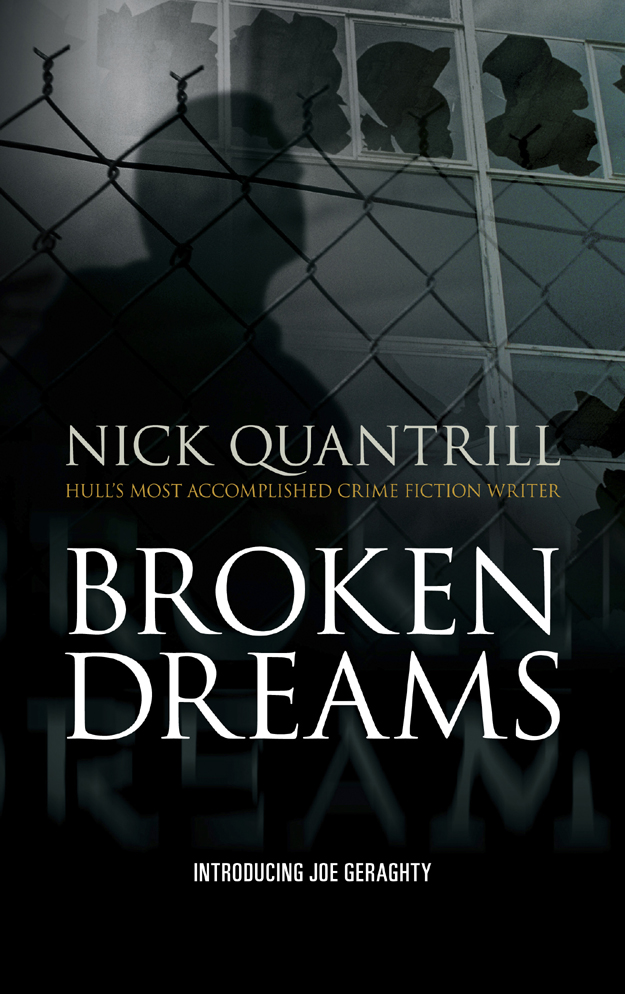