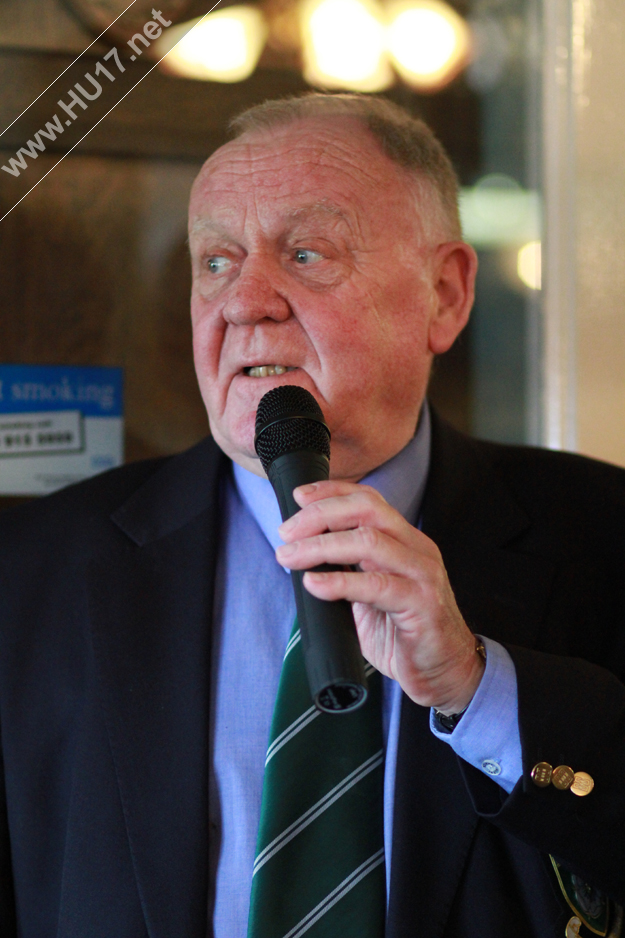 At its recently held Annual General Meeting, Beverley RUFC  Chairman Malcolm Cunningham reported on a very satisfactory season on the field for the club. The first XV, playing some very good rugby finished the season in a highly creditable 7th place in the league table, despite a quite horrendous run of injuries.

Several key players spent a fair amount of time on the sidelines with fractured limbs and the bad luck was compounded after the season finished when young star Craig Hancock suffered a compound fracture to his leg whilst guesting for Beverley RUFC in their cup final.

The accident happened in the final seconds of the game and will mean Craig missing at least the whole of next season. A collection was taken for him and the club have launched “Bling Aid” and will run several social events during the year to raise funds to help Craig (Bling) whilst he is unable to wotk.

The second XV, after a poor start and some internal troubles, improved considerably during the second half of the season under the coaching of Ian Archibald, one of the injured 1st team regulars. Kevin Rowe took over the role of team manager and together the welded a good team spirit and renewed enthusiasm.

The Bandits, once again had a good season and rounded itn off by winning their Merit league competition play-off final.

All taems at Junior level continued to make good progress and it is expected that several of the under 17’s will be pushing for second team and even first team places very soon.

Treasurer Tim Hebb presented the Financial Report which showed a break even situation. Although in itself satisfactory the club is unable to make any reserve for premesis maintenance which remains a worry.

The Chairman announced his retirement from the position and that David Holmes had agreed to take over as Chairman. He was duly elected and Malcolm Herbert was proposed, by the outgoing Chairman to replace Dave Holmes as President. Malcolm Cunningham agreed to take up the post of Deputy Chairman in order to maintain continuity and all other committee members were re-elected. Jeff Worrall was elected as 1st team manager.