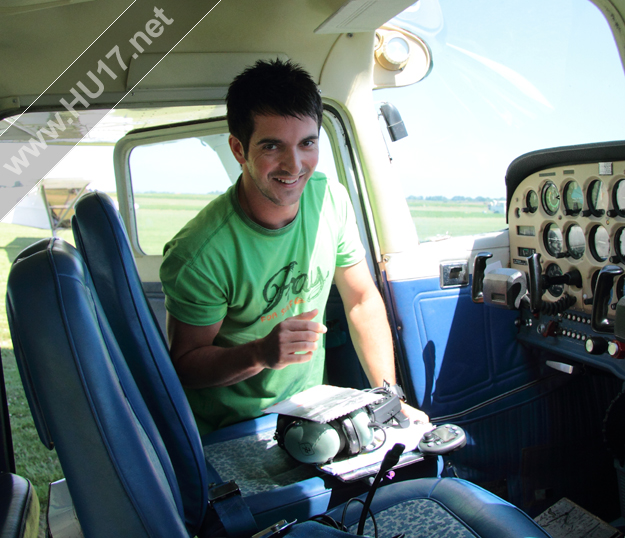 An enterprising Molescroft resident is aiming high with ambitions for a career as a commercial pilot.

Nuno da Silva has wanted to become a pilot since the age of seven and now, at the age of 26, he is coming closer to realising his dream.

Since obtaining his private pilot’s licence in 2007 in his native South Africa, Nuno has clocked up more than 150 hours at the controls of a Cessna 172 single-engined aircraft and he is now ready to prepare for the exams he will sit to gain a commercial pilot’s licence (CPL).

There are 14 exams altogether and if all goes well Nuno will have passed them all by February.

In order to pursue his love of flying, Nuno gave up a promising career in IT and now works nights doing security and admin work for a company in Brandesburton.  This enables him to take to the skies in the afternoons from Leven airfield.

He usually takes friends and relatives on pleasure flights but anyone wanting to experience a flight in a light aircraft is welcome to join him in return for a contribution towards fuel costs.  Nuno can be contacted at nds(underscore)7@hotmail.com

If you want to find out about my flight with Nuno read my report on hu17.net next week.

hu17.net will be following Nuno’s progress during the next year as he makes the transition from amateur aviator to professional pilot.