Local singer-songwriters, the Ragamuffins, will be holding an evening of music and memories at the Queens Head (Wednesday Market Place, Beverley) on Thursday 25th March at 8:00pm (arrive for 7:30pm to get a seat).

Last year the songsters produced two albums of home-spun ditties, which described events, places and people from Beverley’s past.  Now the Ragamuffins plan to write a book that puts these tales down and paper and want contributions from local people.

Jerry O’Connell, Ragamuffin, explained:  “When we were writing the songs it brought back a lot of memories and since we released the albums more have come flooding back.  At live gigs, we’ve had lots of local folk coming up to us afterwards to say they either remembered what we were singing about or told us of other things we could put to song.  We think it’s worth getting all of these down on paper, especially when it comes to memories of local characters that are no longer with us.”

Fellow Ragamuffin, John Burgess, added:  “There are quite a few books written about Beverley’s history and architecture, but whilst they are very good, they’re not about the character lots of people remember from the past forty to eighty years.  We’d love to get folk telling us tales as all those local characters and events should be remembered.”

Many Beverley people will remember characters like ‘Umbrella Lil’ or old schoolmasters who made their mark on the town (as well as on the flat of your hand with their cane!).  Anyone growing up on Cherry Tree and Swinemoor Estates in the 1960s will recall Miss Christie from the council, who made sure people kept their houses and gardens in good condition… the cry of “Miss Christie’s coming” echoing along the street to warn the neighbours.  The town is teaming with memories such as these and this is a chance for residents to tell their tales to the Ragamuffins.

Mr O’Connell added:  “We want people to come along on 25th March, to just listen to a few songs, tell a few tales and have a good laugh.  John and myself will take some notes and contact details – we hope everyone’s contributions will help to pull together a book that’s not just about Beverley, but also about the characters that made it the place it was and still is.” 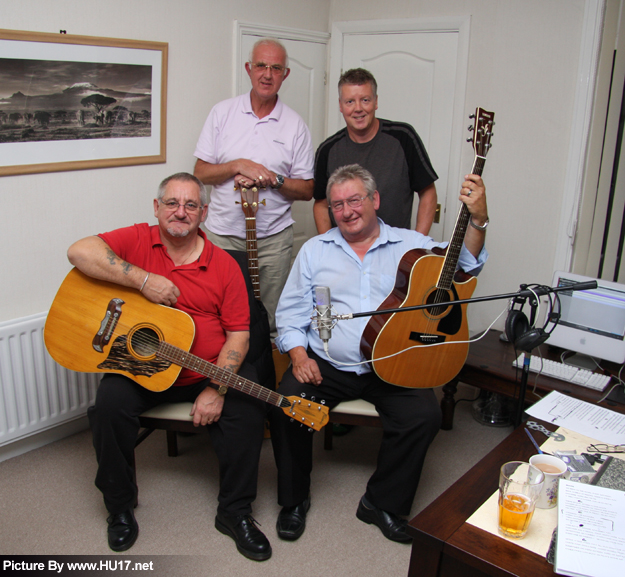