Beverley United slumped to a defeat despite controlling large parts of their match against Hessle Rangers. Beverley United started the match with just 10 men which forced manager Daniel Williams to pull on some boots.

Against all the odds it was Beverley United who took the lead from a cracking strike by Shaun Gibson from outside the box. Hessle Rangers equalised and then late in the second half scored four times to kill the game off witht he final score being 2 – 5 to Hessle.

Williams said after the match “We played well, there were seven regulars missing and at half time I thought we would go on to win the match.” 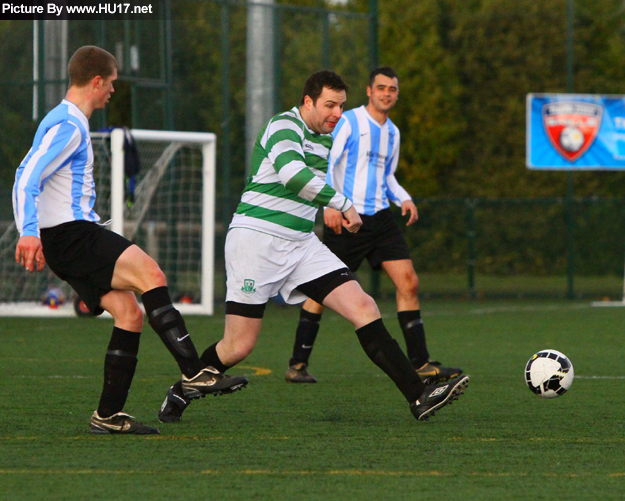