Bebe Vox was in Beverley performing live in two different Beverley Schools. The talented singer who is set to release a single on the 26th April got the kids rocking!

“I am touring 100 schools across the UK doing assemblies to promote myself and my new single and doing as many gigs as I can.”

“All I dreamed about is being a singer, my songs are all positive, All This Time is my new single and will be available to download very soon.”

Bebe from Swansea in Wales, interacted really well the youngsters who were encouraged to let loose and have fun which included making a LOT of noise!

Alistair Crompton from BCC Youth and the man who was responsible for bringing the artist to perform was unable to see the results of his efforts due to illness. In his absence colleague Peter Barley was given the job of getting the party started.

Children in both of the schools did not need much encouragement to get up and dance, with pupils at both schools showing some impressive moves! – Sample Music from Bebe Vox Click Here 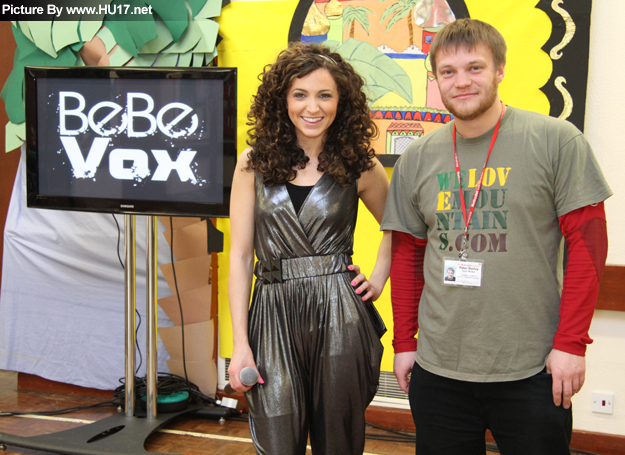