Here in Beverley, we are indeed privileged for many reasons, living in what has been previously described as the best place to reside in England and unbeknown to many it is also home the county’s best kept secret. Based in the town centre there is a team of people dedicated to motivating, inspiring and helping young people to make the most of life and so if you are 16-25 or know someone in this age group, read on!

The remit of the team is to source brand new exciting opportunities for young people to get involved in during their spare time, link them up and support the work of the Youth Action Team. This is in itself is indeed commendable but in addition Sue Dudill, the Youth Volunteer Adviser there for CSV’s Vinvolved team, is also a recognised promoter for the European Commissions Youth in Action Programme and in this role she obtains funding through the British Council in London to open up Europe to our young people in our geographically isolated part of the UK.

The team and 9 participants have recently returned back from a truly memorable week in Serbia where they took part in a youth exchange with their counterparts in Krusevac which is approximately 3 hours drive south of Belgrade towards Pristina. The name of the project is ‘Dancing in the Rain’ and it signifies their dogged determination to try and influence East Riding of Yorkshire Council into improving youth facilities in the town for all young people.

During the week, they took part in a non-formal learning experience based on 3 dynamic workshops and to complement this, visits to Belgrade and Vrnjacka Spa were also organised. The UK team put on a splendid intercultural evening to give the Serbians a taste of England at its best; it was both interactive and educational and extremely well received. In addition to this, Sue included many worthwhile learning mechanisms to the week’s programme, acquired at a number on international trainings over the years which helped all the participants to very quickly intermingle and make the most of the week. She said, ‘intercultural learning on this European level is a fascinating and meaningful way to break down barriers between groups of young people from very different cultures, it helps to combat racism and xenophobia and contributes to a more unified Europe.’

Do something magnificent in YOUR life and for more information about how YOU can get involved, contact Sue Dudill on 01482 880818 or sdudill@csv.org.uk 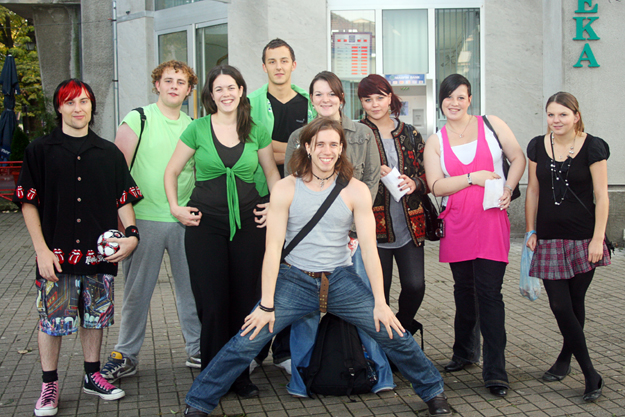